SPECIAL 80% OFF OUR SELLING FROM HOME SECRETS AND SIX-FIGURE SALES FUNNEL! LIMITED TIME ONLY!
"How To Generate 30-50 Leads A Week From Our 21 Lead Systems, Facebook, Google Ads and Bing Ads Using Our Social Media Lead System...Selling 7-10 Policies A Week Over The phone And Even Selling Insurance While You Sleep Using Our Sales Funnels, Social Media Traffic, Postcards,  and 10 Video Auto Responder Series Dripping System..." Plus, Live Transfers for $7.50 to $9.75 Per Lead Using Golden Prospector and Off Shore Telemarketers.
Use Our Golden Prospector System For Generating "Live Transfers" for $7.50 to $9.75 per lead. Ultimate Six-Figure Sales Funnel System, 21 Lead Systems, 5 Webpages, Auto Responders, Postcards and Social Media Traffic System. We have special videos to help you set up your Facebook, Microsoft Ads, and Google Adwords... It also includes setting up Final Expense and Term Quotes for $500,000 to $1,000,000 Sales Funnels. 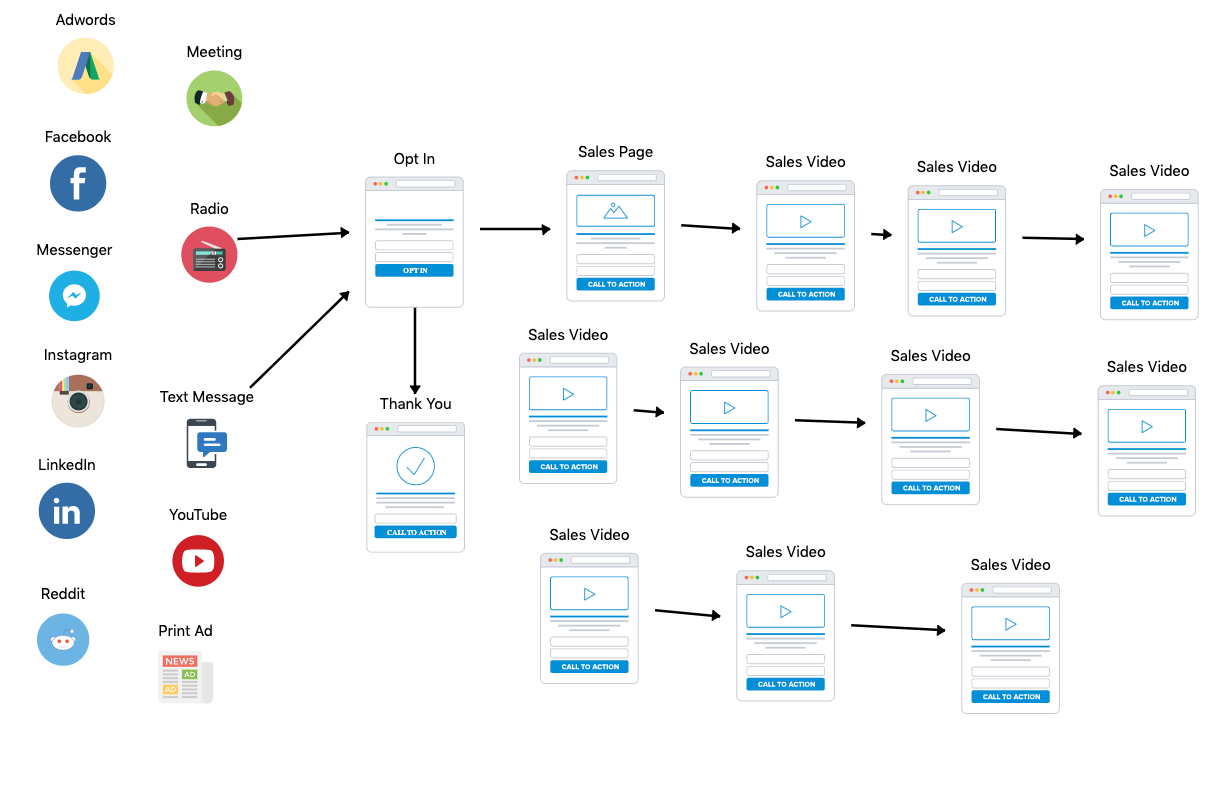 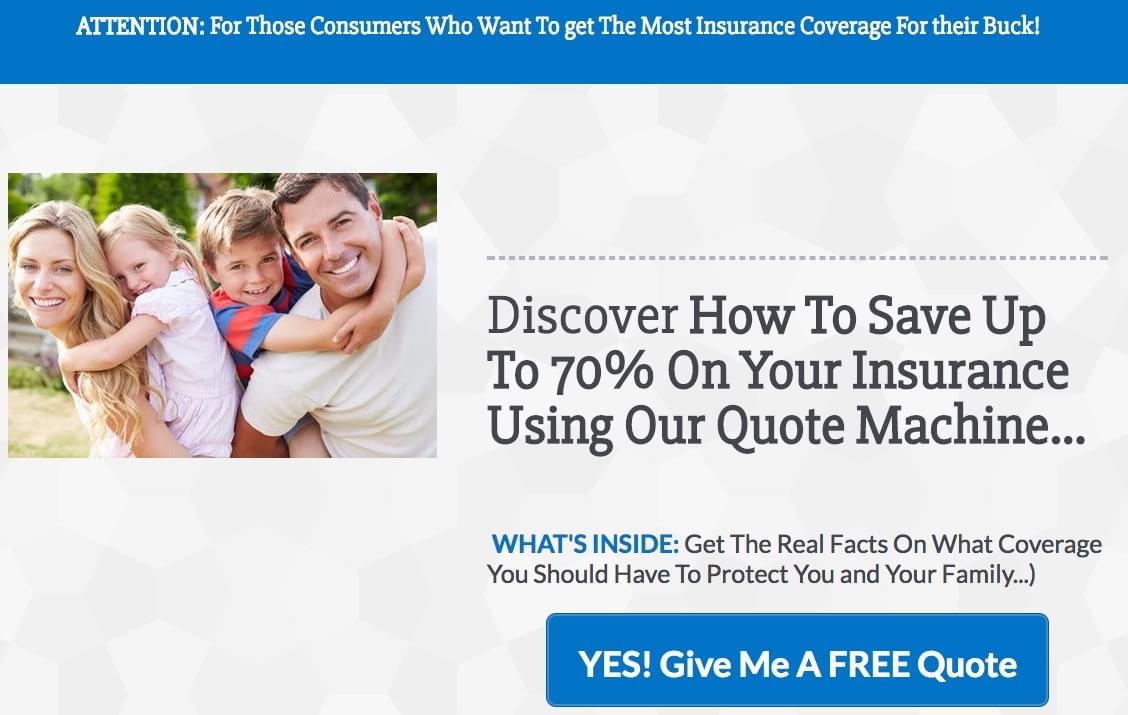 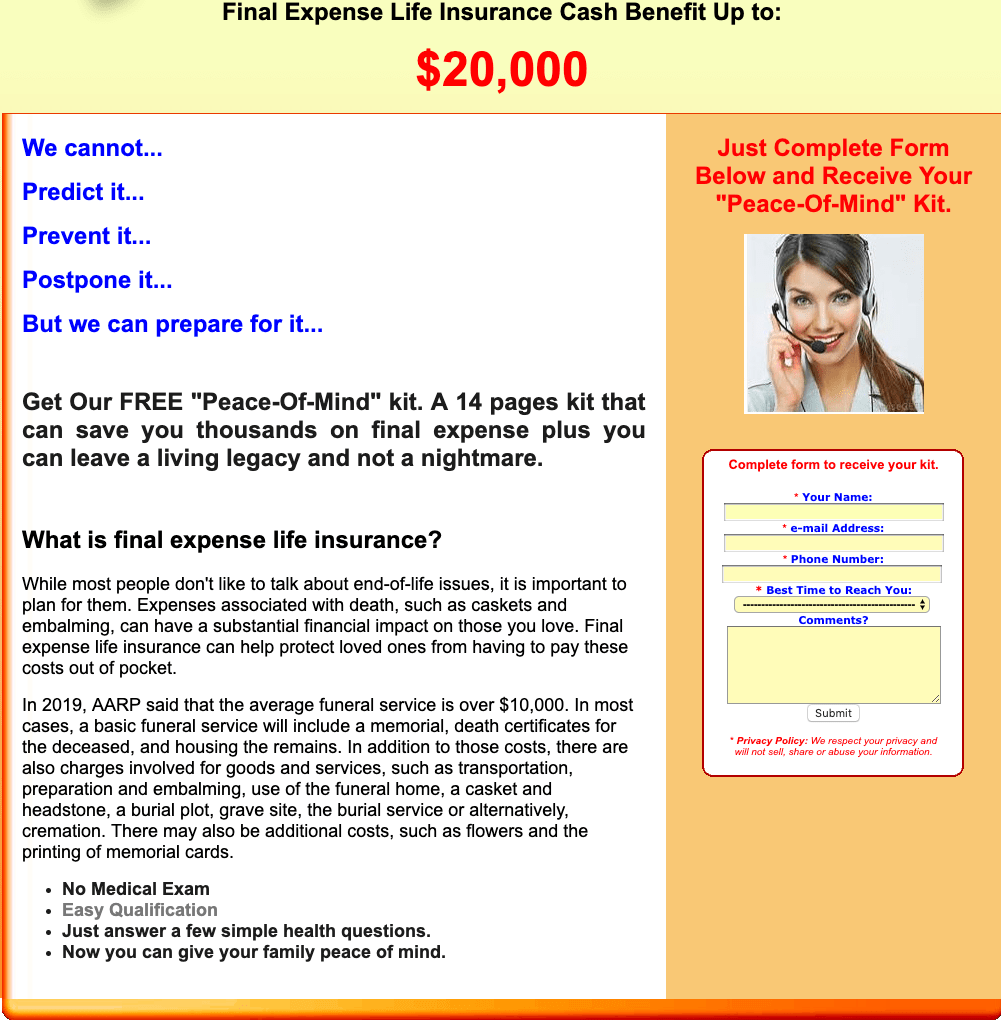 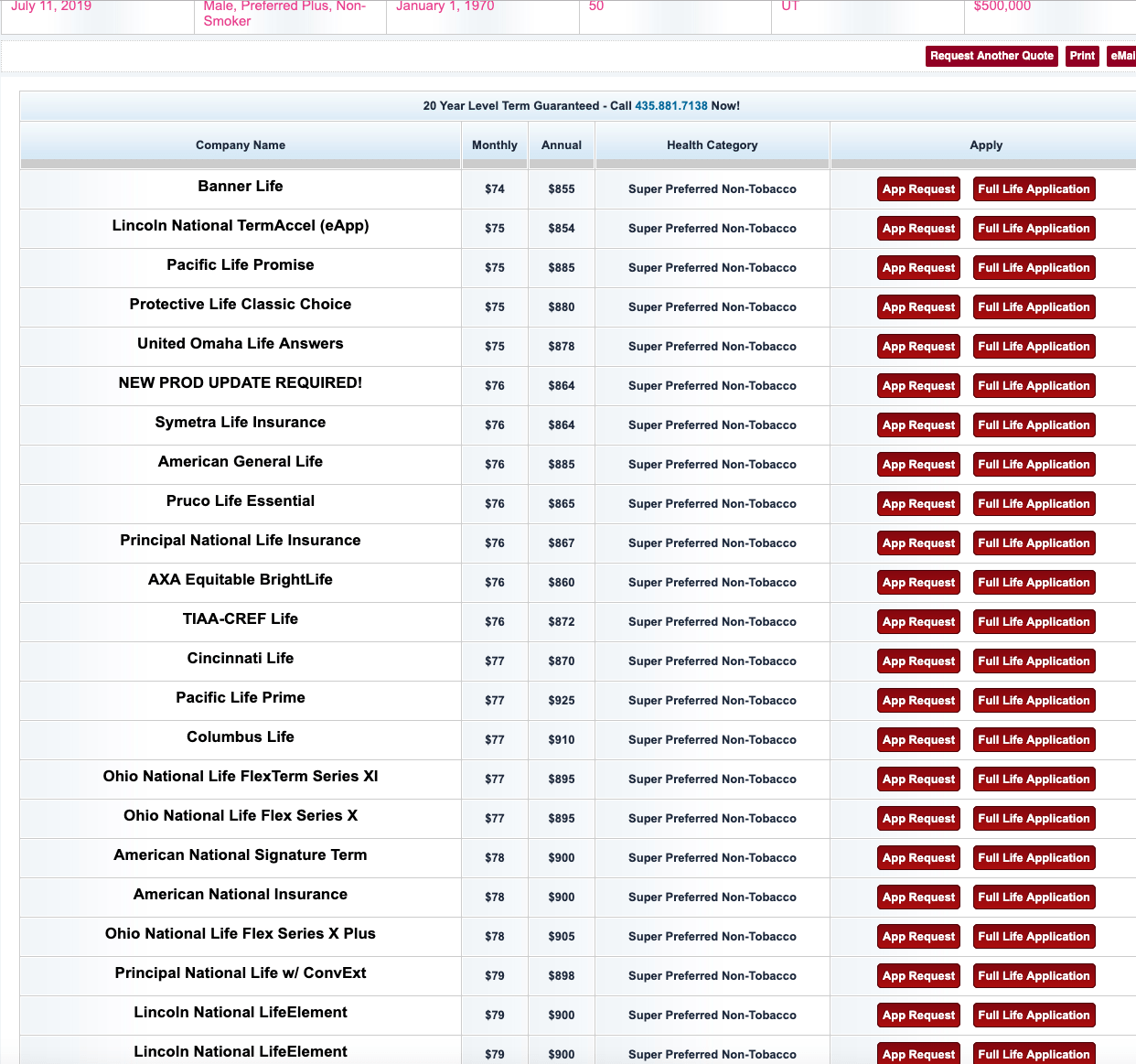 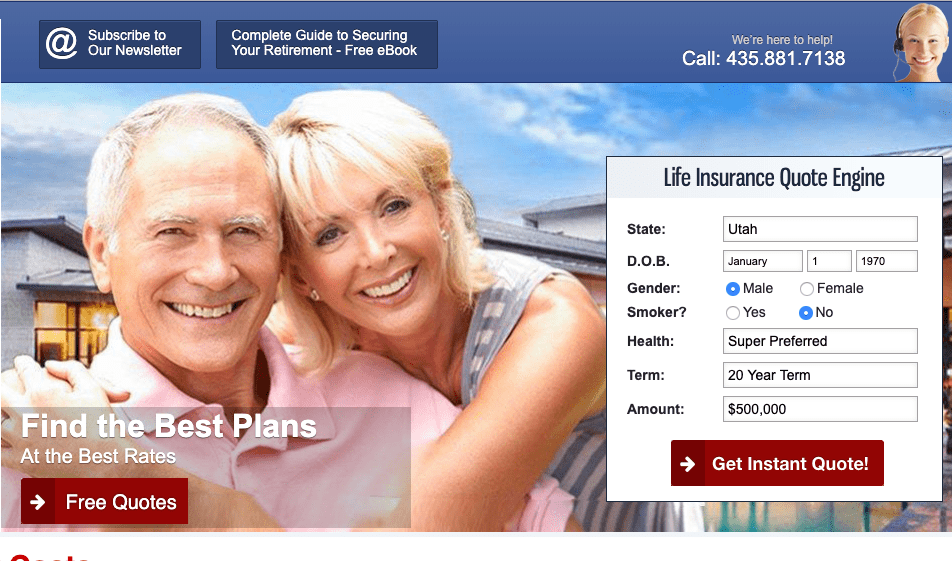 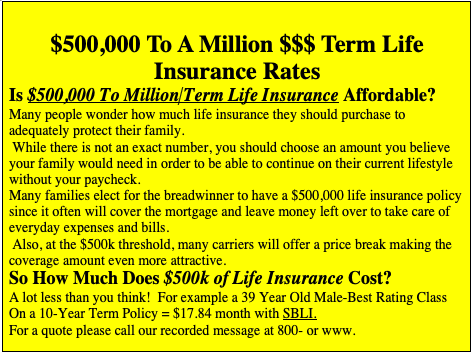 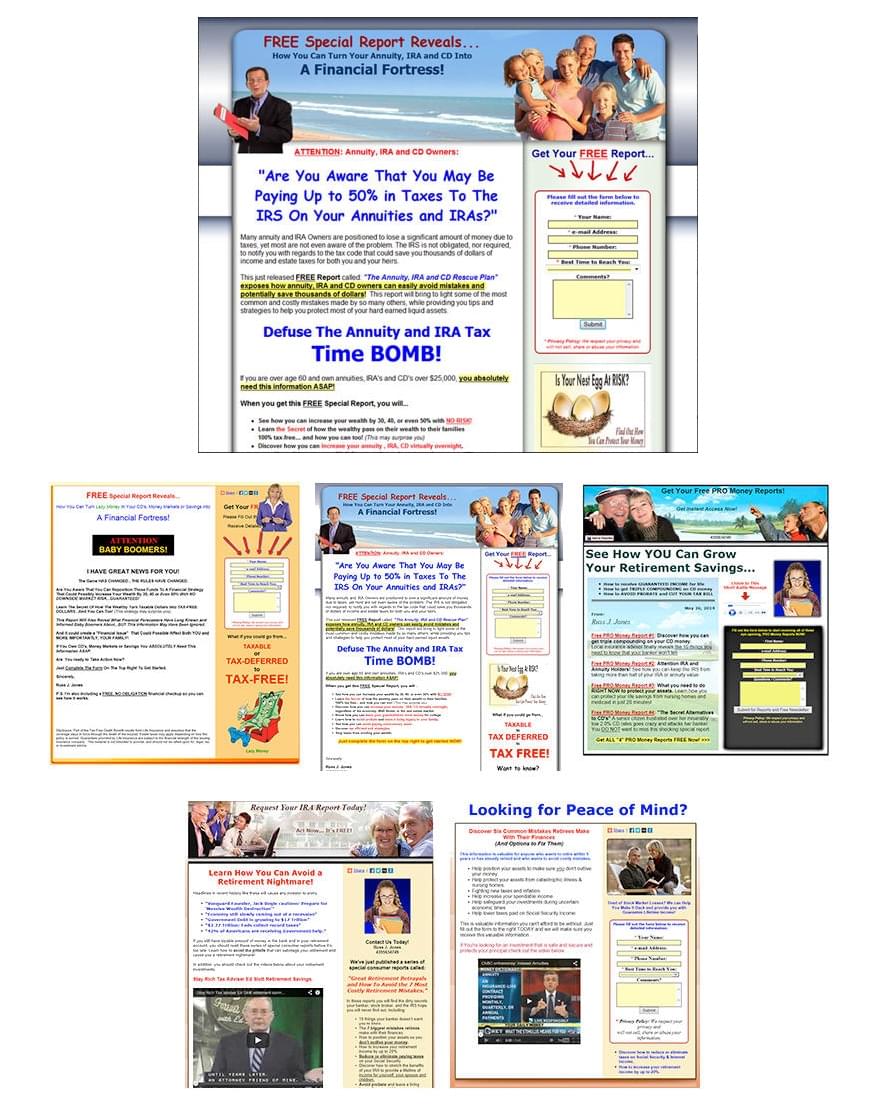 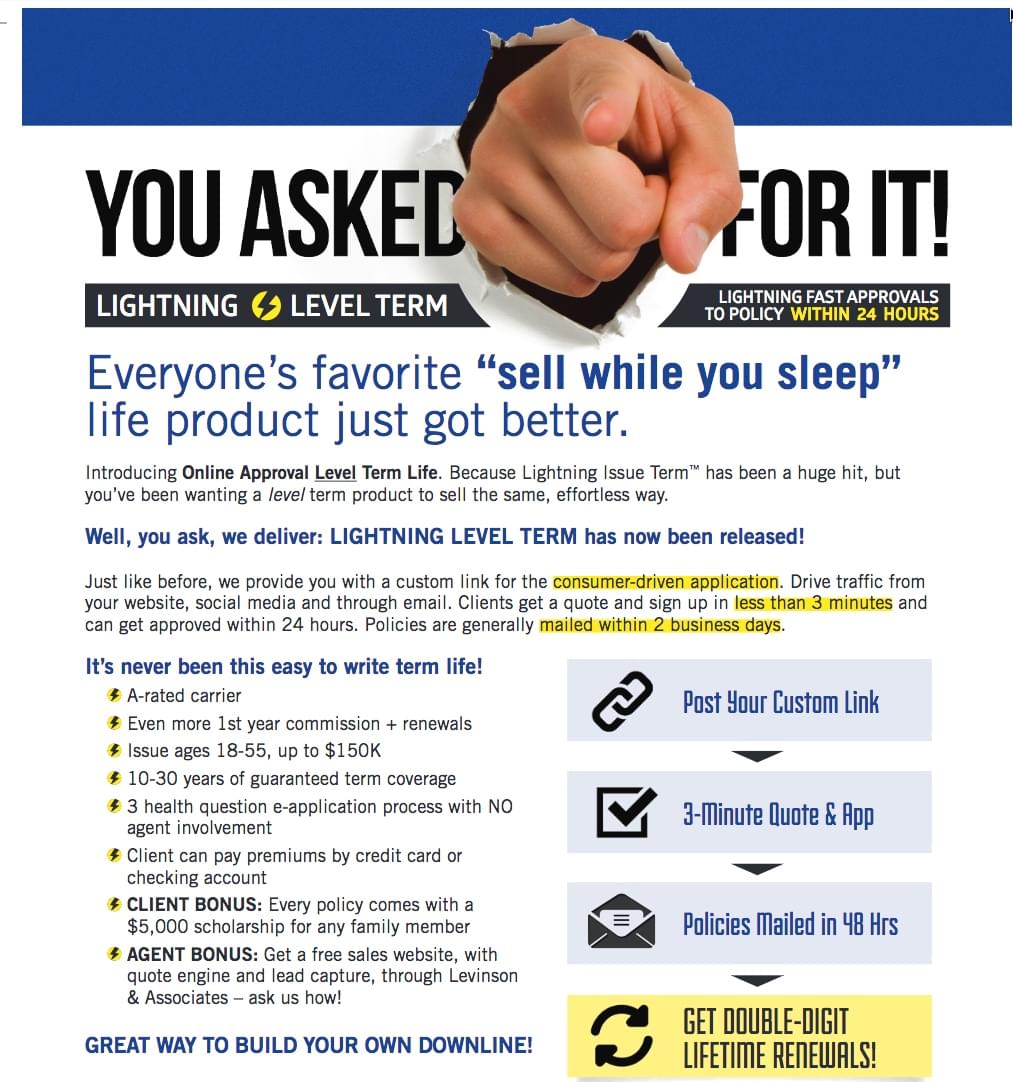 3-Step Postcard System for selling $500K to Million $$$ Policies.
6 Additional Webpages
Sell While You Sleep sales funnel
$1500-A-Day SALES Formula using postcards and "Live Transfers"
PLEASE NOTE: This system is for only agents who want to make more money, save time and spend more time, more leisure time with your family by selling over the phone and "Sell While You Sleep Insurance."

"How To Earn A High Six Figure Income With Selling 100% Zero Agent Involvement 'Sell While You Sleep' Products...Plus, How To  Sell 7-10 Policies A Week Over The Phone."
Learn how top agents are selling 7-10 policies a week from the comfort of their home-based office using telesales, social media, Facebook Ads, Instagram, postcards, live transfers, sales funnels, video autoresponders.
Average commissions are $400-$500 per policy. Learn how to use our "Marketing Secret System" to build your practice.
If your tired of running all over the state chasing deadbeat life insurance leads or final expense leads, spending lots of money, going into bad neighborhoods and not getting the production and income you deserve...YOU CAN NOW FORGET THAT STUFF!
Order the system before the timer hits zero and you will receive 1,000 Niche widow leads or term quote prospects.
Benefits Of Selling Term, Final Expense, IUL's Over The Phone and Internet.
Tired of paying $37 for a lead, stop working in the rain and snow, stop wasting gas, spend 30 minutes VS 3 hours in a sales interview, Increased production by 5X, work a national market if you want, no missed appointment.
Get real-time leads starting at $13 per lead.
Discover How To "Sell While You Sleep" By Driving Business To Your Website Where It Does All The Selling For You with Lightning Fast Term.

PLATINUM SYSTEM: Here's what you get in the Ultimate Six-Figure Sales Funnel.
How Any Advisor Using Our "Digital Insurance Practice" Social Media Gold Lead System Can Add An Extra $6,000-$10,000 Per Month To Their Existing Practice With 100% Zero Agent Involvement "Sell While You Sleep" Products."
We will design and maintain your website landing pages, auto-responders, search engine optimization and 10 video email dripping series. Samples below.

Sample video you will have in your 10 email series.

THE 100% NO AGENT INVOLVEMENT "SELL WHILE YOU SLEEP PRODUCTS
How To Sell Term and Final Expense By Doing Truly Nothing! Here's two products agents can literally sell in their sleep. You simply get a custom websites made for you where you just promote and advertise the domains...Do you like the idea of "Selling While You Sleep." Sample Term Website. Sample Final Expense Website.
Sell While You Sleep Products. Includes Lighting Fast Term Website, Final Expense Website. "Virtual No Agent required!" All you do is market the link and banner ad using our $1500-A-Day Appointment and Traffic Secret System, or use our Golden Prospector 7X System. Details Here on Selling Term While You Sleep.
Plus you will have Access to our Term, Final Expense and UL quote engine for Selling over the internet as a broker. (Value $397) 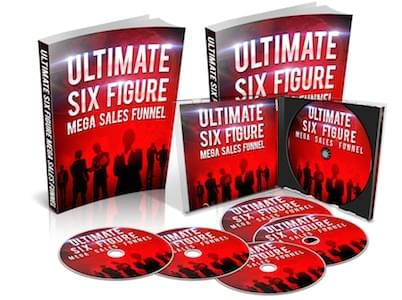 Basic One Sales Funnel Package: Yes, I want your system and the 80% discount before the clock hits zero. It's $997.00 $197 set up fee of website and auto responder and $77 $37.00 per month to maintain and host either your one sales funnel like Term Quotes or Final Expense and video auto responders. Plus 500 Niche Leads In Your Favorite zip codes.
Click Here

PLATINUM SYSTEM INCLUDES TWO SALES FUNNELS AND 2,000 NICHE LEADS. Yes, I want this system for $1297.00 $297 set up fee for Term Quote and Final Expense Sales Funnel and auto responder and $97 $37.00 per month to maintain and host your sales funnels. Plus, 2,000 Niche Leads In Your Favorite zip codes, cities and counties. Plus, Bonus Below. Click Here!

PLATINUM BONUS ONLY! Value $997. Receive this bonus when you order before the clock hits zero. How To generate 30-50 Leads A Month Via Social Media. (Spend 12 months producing this course for business and financial professionals.) 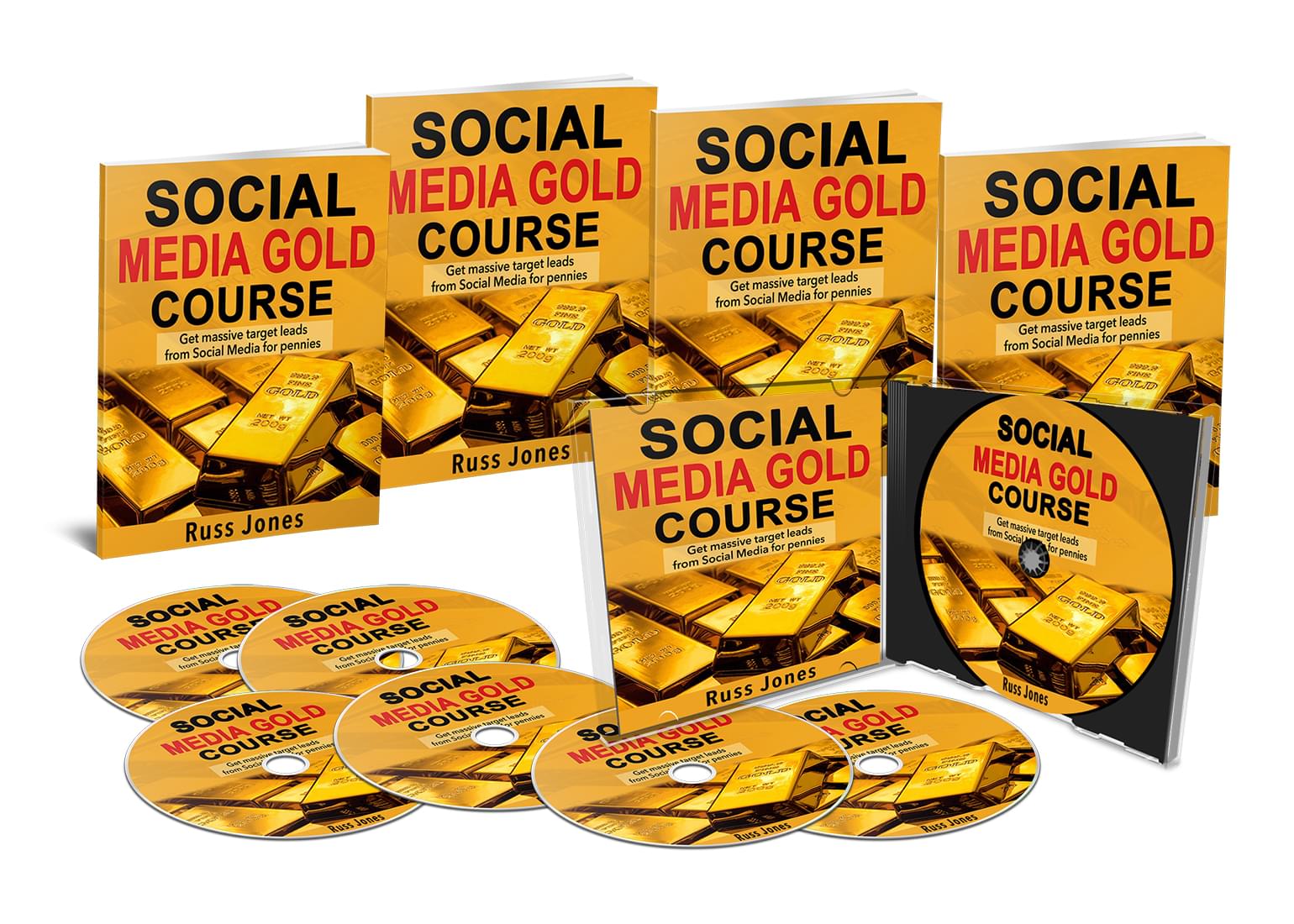 "Complete "Selling From Home Secrets System," Social Media Gold Course includes Facebook Ad Secrets,
You Tube Ads, Instagram, Linkedin, marketing course. Over 100 videos and 2,000+ pages of marketing material. Plus, course sales for $997.00!"
COMPLETE TURNKEY SETUP SERVICE
Ultimate Six Figure Sales Funnel. We will build you a personalized Lead Sales Funnel includes Term Quote, Final Expense Webpage, Sell While You Sleep Sales Funnel and access to Term Quote Engine and Video Email Series for Dripping on Prospects and leads. We will pay the hosting and domain fees. (Value. Most web designers and video programmers would charge you up to $2500 minimum for this service.)
Sample Auto responder videos series. Some of our videos will bring you to tears. 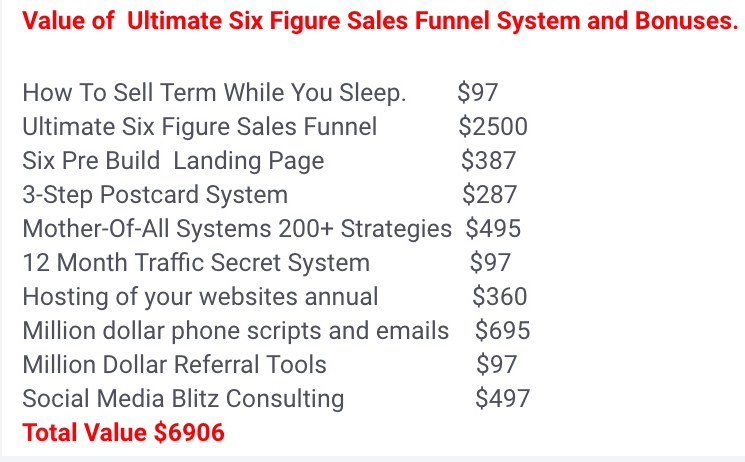 The "Secret" That Changed His Life Forever...
A little more than 3 years ago, Tom Clark life was spending out of control. He was just let go from the final expense agency where he was working direct mail leads.
Due to his high cost of leads, chargebacks and not having enough production to please the general agent he was terminated.
At the time Tom was working his butt off running all over the state chasing deadbeat leads that were 30-90 days old, charging $37 per leads, lots of windshield time, people thinking there are getting something free from the Government, working in crime-ridden neighborhood, people with no money or checking accounts and going into homes that were terrible inside.
(Have you ever experienced any of the above examples.)
To top it off, he was in debt up to his eye-balls and his wife was threatening for him to get a real job that paid weekly or she was going to get a job and he could stay home and take care of these 3 young runny-nosed kids.
He desperately needed more money.
The “Secret Live Transfer System” That Changed His Life forever…
That all changed when Tom stumbled upon a unique but highly profitable prospecting system that instantly generated a flood of motivated, ready to act clients—who all called him through a “Secret Live Transfer System.”
All without making a single cold call or having to beg for referrals. Within 10 months of discovering this “Secret Live Transfer System”, here’s exactly what happened to Tom (by the way all this is true and you can learn how to use the same system if you inquire further):
• He receives daily a constant flow of 8-10 real-time transfers if he decides to turn on his marketing system), who all CALL HIM to get an insurance quote of the “Top 10 Low-Cost Insurance Plan.”
• He closes 33% on the first interview and signs them up on an e-application, no physical up to $250,000. Policies issued in most cases within 48 hours.
• The 67% of the non-buyers he drops in an automatic email dripping and video system that does the follow up selling for him. This is where they can sign-up with 100% No Agent Involvement policy.
PLEASE NOTE: This is where I got my idea for the (Ultimate Six Figure Sales Funnel System.) • His average term and final expense commission are $450-$550 per case.
• His best months for business was last September of 57 application and his best month (you won’t believe this…) was 48 term plans and 27 final expense policies.
• He is on the phone from 9:00 AM to 6:00 PM talking to prospects that contacted him wanting an insurance quote. Many times he sells in his pajamas or when it’s nice outside he works with a cell phone headset and laptop seating on his patio in his shorts by his pool. He even has sold people when he is seating on a beach vacationing and a mountain cabin by a beautiful lake.
• All issued without a physical. When the machine is running at full throttle amazing things can happen. (Why hassle with a physical, doctor reports and AP’s.)
• After selling a term plan he calls back after a few months and talks about them buying a “Tax-Free Income Plan” IUL. His average premium is $1736.00. So, his average commission for both the term plan and IUL is $1356.00.
• With his ROI averaging 1237%, he can effort to invest 25% of his commissions back into his business.
• He plans on hiring 1-2 new agents to work the system where he will pay for the real-time leads and split the commissions 50-50. And, best of all, he’s got flexibility in his schedule to take time off whenever he wants to vacation with his wife and three young kids.
Please understand the above example is not typical of most agents. Most agents can't or won't invest 25% of their commissions back in their practice. Nor, will they work as hard as the above agent. Most agents have a "FEAR" of investing large amounts of money in their practice. Thus, they're usually BROKE!

P.S. - If you need to speak with us please call our number at 435-881-7138
Donec ut dolor pretium, viverra lorem sed, porta turpis. Vestibulum non sagittis ligula. Nunc justo mauris, accumsan ut diam eget, commodo ultricies est...
Due to building your landing pages, sales funnels, 10 video email auto responders, paying for your hosting all sales are final. It takes us 8-10 hours to do this task and pay for hosting and other related services. We can not guarantee you will make money with this system. It's all based on you working the system, investing your time and money in leads, live transfers. We have no control over these tasks. Many agents will fail because they won't read the material, study it or implement the steps. Plus, the biggest reason agents fail is because they lack capital and won't invest in their practice.
Disclaimer: Results may not be typical nor expected for every person. We do not make any guarantee with this system. Please note that all your results are based on your effort and dedication to what is taught in our systems. We are not affiliated with Facebook, Google, Bing or Yahoo in any way. All information provided on this website is based on best practices and for educational-purposes only.